On Monday and Tuesday of this week, 50 groups of children from Hey with Zion school visited us to take part in the Experience Harvest event.

Station 1: Harvest of the Flock 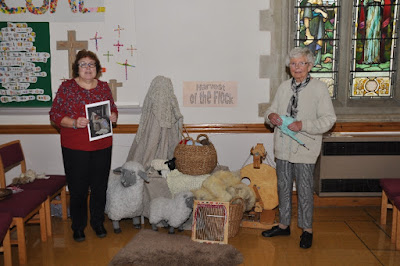 Here the children were asked what we get from sheep and a few of them knew that we get mutton as well as lamb from sheep.  A couple of the children thought that sheep wear raincoats when it rains.  A spinning wheel in the background was tried by some of the visitors and they learnt how the fibres are spun to make them strong, and had a go at weaving or knitting.  At this station one of the children was delighted that she had learned to knit.

There was some surprise at the size of the fleece we get when they are shorn (not Shaun, he is a young sheep). 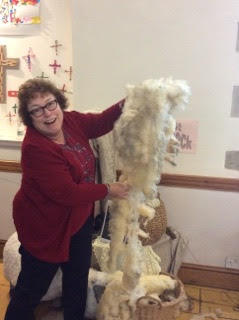 Station 2: Harvest of the Earth 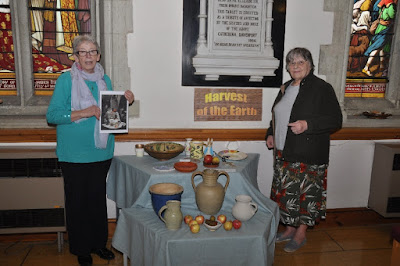 Here the visitors were shown what we can do with clay that we get from the earth.  They made thumb pots to take away with them (although many and various were the shapes seen, from an alien's head to a Christian cross.  At this station we learnt how to write and pronounce "clay" in Russian. 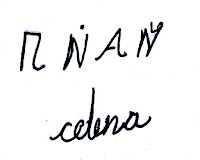 Station 3: Harvest of the sea 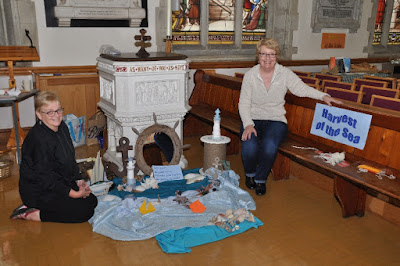 At this station the children were asked what we get from the sea; including lobster and crab and they made an Origami boat to take away with them.  A Breton fisherman's prayer was then said and the boats were put on the sea as in the picture.  They were offered a fish to eat if they were allowed to (a sweet chosen to meet all dietary requirements).  Here we learnt that most of the children thought that the greatest risk to a fisherman was a shark jumping on board their boat and eating them.

Station 4: Harvest of the Grain 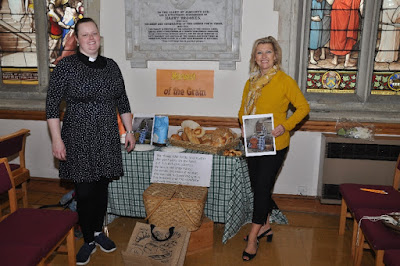 Here the children were shown ears of wheat and how they can become the coarser wholemeal flour or fine white flour.  A number of bread products were shown and they were invited to sample some fresh bread (gluten free was available).  Here we learnt that chapatis are also made from flour and one child explained what a chapati is as not all the other group members knew that.  The children were invited to say together the words of the hymn "We plough the fields and scatter".

Station 5: Harvest of the Garden 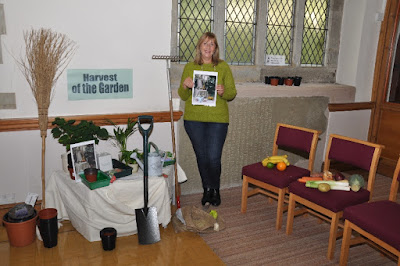 Here the children were introduced to the planting of seeds to grow crops, and were invited to inspect seed and guess what they might grow into, peas and broad beans for example.  They were also asked to identify a number of fruits and vegetables, with one of them thinking that a parsnip was a form of carrot.  They were also invited to plant a seed in some compost.  Digging and raking the soil were also demonstrated. 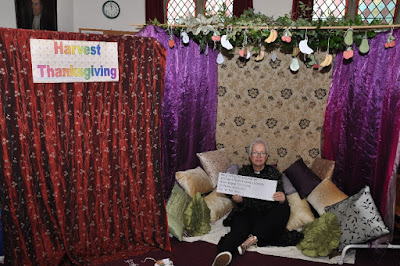 At each of the previous stations the children had been given a different paper fruit representing the harvest.  Written on the back of each fruit were attributes for them to aspire to: Humility, Joy, Peace, Generosity and Patience.  A number of the children decided that the fruit with its wool thread would make a good necklace, and they were quite correct.  At this station Rev Lyn told them the story of the Hebrews escape from Egypt and that they did not have time to make bread with yeast, as there was no time for it to rise, so they made yeast free or unleavened bread.  At night they made a temporary shelter called a Sukkar, and this is what she is sitting in.  The Jewish festival of Sukkot celebrates the harvest in the Hebrew calendar and we have used a replica for our Harvest Celebration.  The Jewish people would hang real fruit in their Sukah, here we have hung the paper fruit given to the children. 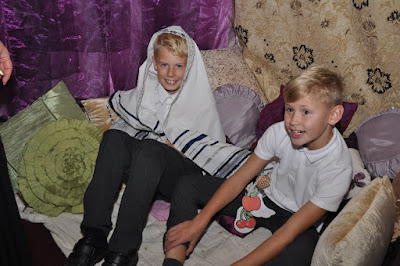 Here two pupils who are members of our congregation are seated in the Sukkar and one of them is wearing a Kippah (or skull cap) and a Tallit (or prayer shawl).  Here the children were led in singing the refrain from the Harvest hymn "all good gifts around us".

The following photos were taken by Headteacher Mr Clowes: 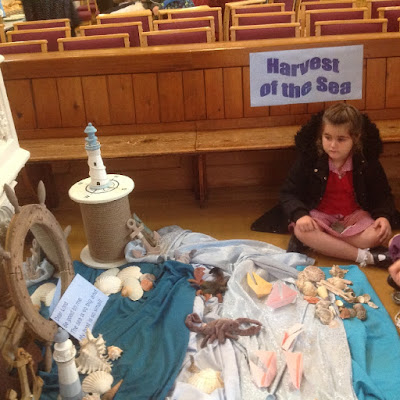 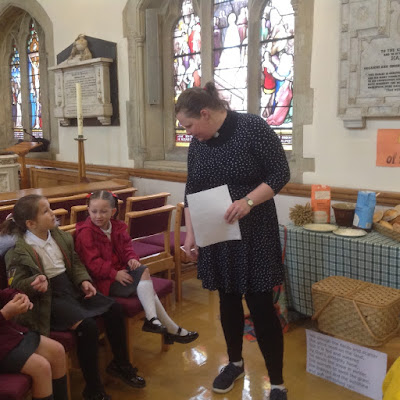 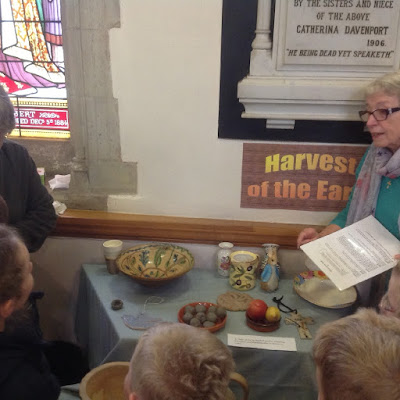 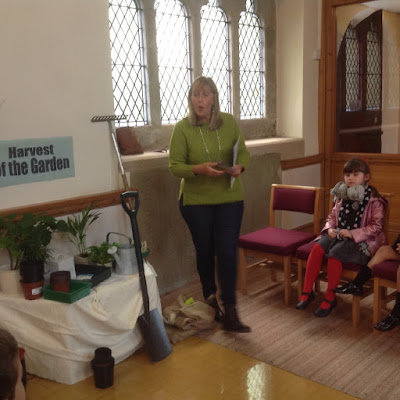 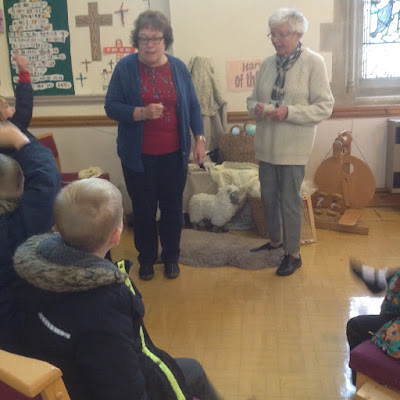 Below are four volunteers who joined us on Tuesday 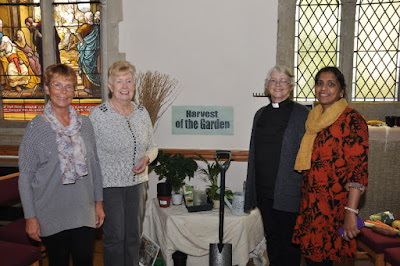 And for the final word, a quote from a member the reception class "We had fun here today"