Last night was the race night held in the Church Hall. The event was sponsored by Ampwire, T. Collins and Son, Ampfab, Lawrence Perrins and Sons, Slender World, and McDermott's Memorials. The event was attended by nearly one hundred people and raised the magnificent sum of £1,000 towards Church funds. 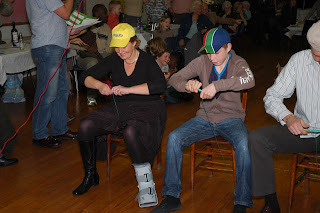 One of the jockeys was lame 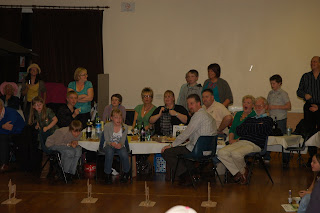 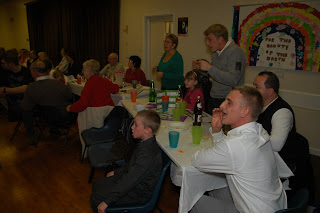 Some people were very involved 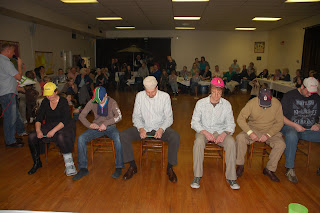 The race reaches its climax 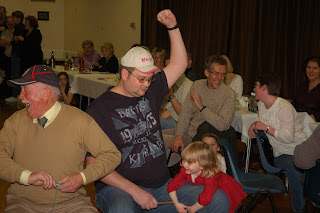 The winning jockey.
Eddie reacts to comments about his riding style 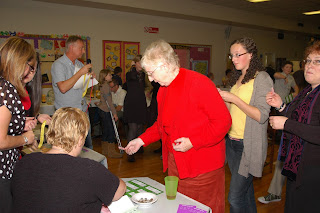 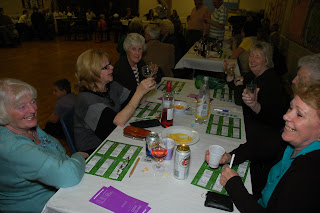 A natural
environment for some well known faces 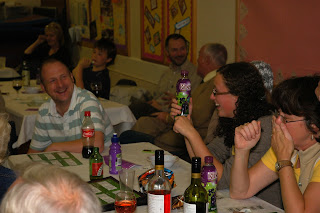 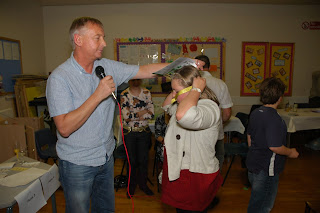 A jockey receives her medal 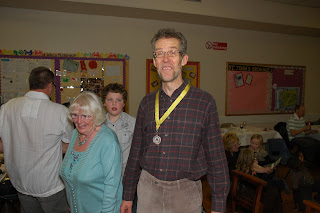 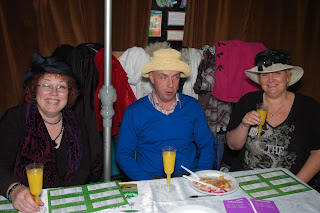 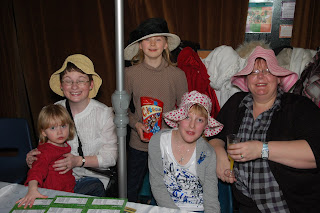 The catering corps, pie supplied and sponsored by Carole 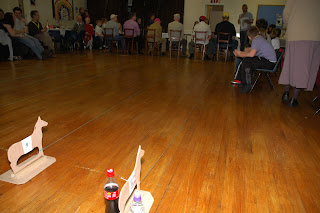 After too many wins, Paul is given a handycap 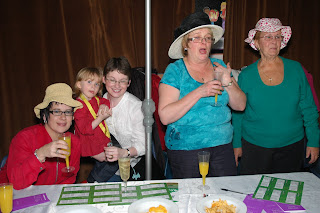 The owners get fully into the swing of things, Laura is obviously a major owner of race horses

Email ThisBlogThis!Share to TwitterShare to FacebookShare to Pinterest
Labels: fellowship